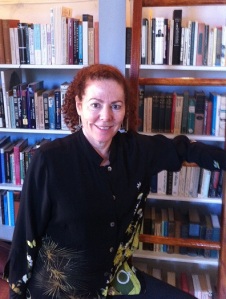 The Friends of the Academy Library and the Department of English invite you to join us for Wendy Lesser’s talk, “The Amazing Life and Work of Louis Kahn” on Wednesday October 23rd at 7pm in Rockefeller Hall.   Esteemed writer and editor, Ms. Lesser is currently working on a biography of Kahn which will be published by Yale University Press as part of its Jewish Lives series.  Her talk will focus on her current research and findings and will include discussion of Kahn’s design of the Phillips Exeter Academy Library.

Wendy Lesser is the editor of The Threepenny Review and the author of nine books, most recently Music for Silenced Voices: Shostakovich and His Fifteen Quartets; her tenth book, Why I Read: The Serious Pleasure of Books, will be out in January from Farrar, Straus & Giroux. Ms. Lesser has received awards and fellowships from the Guggenheim Foundation, the American Academy in Berlin, the National Endowment for the Humanities, the Cullman Center for Scholars and Writers, the Dedalus Foundation, and many other institutions; she is a current fellow of the American Academy of Arts & Sciences as well as of the New York Institute for the Humanities. Her journalistic writing about literature, dance, film, and music has appeared in a number of periodicals in America and abroad. Born in California and educated at Harvard, Cambridge, and UC Berkeley, Lesser now divides her time between Berkeley and New York.

This event is free and open to the public.