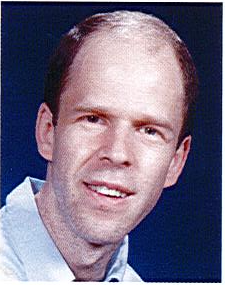 Pianist and Phillips Exeter Academy alumnus Stephen Bobick will open the Academy Library’s 2016 Summer Concert Series on Wednesday, July 6th at 7pm. The concert will be held in the Library’s Rockefeller Hall, and admission is free and open to the public.

A 1985 graduate of Phillips Exeter Academy, Mr. Bobick received a Master’s Degree in Piano Performance from the Eastman School of Music in Rochester, New York. Among his solo concerts have been performances at Columbia College in Chicago, the George Eastman Museum in Rochester, the Theodore Roosevelt Birthplace in New York City, the Currier Gallery and Frank Lloyd Wright House in Manchester, New Hampshire, Paul Arts Center at the University of New Hampshire, Wentworth-by-the-Sea in New Castle, New Hampshire, and Eyrichshof Castle in Germany. He has appeared as guest accompanist with the Seacoast Choral Society, and in church and concert programs in southern New Hampshire and the Boston area. As a composer, he studied Harmony and Counterpoint privately with New England Conservatory Professor Joseph Maneri. His CDs include Fleeting Time (2013), Northern Sketches (2015), and Seascape, due out this summer.  Bobick’s program for the Library will include selections by J.S. Bach, Frederic Chopin, Sergei Rachmaninoff and Claude Debussy along with his original compositions.