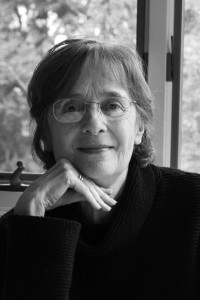 The Phillips Exeter Academy’s Class of 1945 Library opens its 2016–2017 Lamont Poetry Series with a reading by award-winning poet Gail Mazur on Wednesday, November 2nd from 7:30-8:30pm.

Mazur is the Founding Director of the Blacksmith House Poetry Series in Harvard Square, Distinguished Senior Writer in Residence in Emerson College’s graduate program and has served for many years on the Writing Committee of the Fine Arts Work Center in Provincetown. In addition, Mazur is a Contributing Editor to Agni and an Advisory Editor to Ploughshares.

Gail Mazur is the author of Nightfire (1978); The Pose of Happiness (1986), The Common (1995); They Can’t Take That Away from Me (2001), finalist for the National Book Award; Zeppo’s First Wife: New and Selected Poems (2005), winner of The Massachusetts Book Prize and finalist for the Los Angeles Times Book Prize as well as the Paterson Poetry Prize; Figures in a Landscape (2011); and Forbidden City (2016). Her poems have been widely anthologized, including in several Pushcart Prize anthologies, the Best American Poetry series, and Robert Pinsky’s Essential Pleasures. A graduate of Smith College, as well as Lesley College (now Lesley University), Mazur has received the St. Botolph Club Foundation’s Distinguished Artist Award, as well as grants from the Bunting Institute of Radcliffe College and the National Endowment for the Arts.

The reading will be held in the Assembly Hall, located on the second floor of the Academy Building on Front Street. The event is free and open to the public.