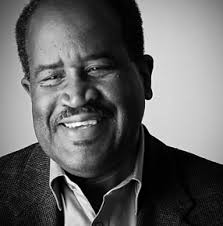 as influenced by the Black Arts Movement and the poetry of Lucille Clifton, a 1987 Lamont Poet.  His first collection of poetry, Water Song (1985), was ten years in the making.  Since Water Song, Weaver has published several additional collections of poetry, including City of Eternal Spring (2014), winner of the Phillis Wheatley Book Award for Poetry; The Government of Nature (2013), for which he received the Kingsley Tufts Award; The Plum Flower Dance: Poems 1985 to 2005 (2007); Multitudes (2000); and The Ten Lights of God (2000). His full-length play Rosa was produced in 1993 at Venture Theater in Philadelphia. His short fiction appears in multiple anthologies, including Children of the Night: The Best Short Stories by Black Writers, 1967 to the Present (1997).

Weaver has received numerous fellowships and awards, including a National Endowment of the Arts Literature Fellowship, a Pew Fellowship, a 2002 Fulbright Scholar appointment to Taiwan, and is a three-time Pushcart prize winner. His teaching career includes appointments at Essex County College, Seton Hall Law School, CUNY, NYU, and Rutgers University. He was a member of Cave Canem’s first faculty and in 1998 became the first “Elder” of the Cave Canem organization. Weaver is currently the Simmons College Alumnae Professor of English and on the faculty of Drew University’s MFA program.

The reading will be held at 7:30pm in the Assembly Hall, located on the second floor of the Academy Building on Front Street. The event is free and open to the public.