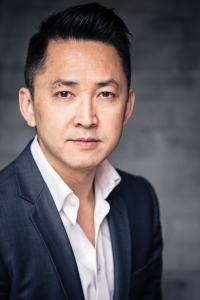 Viet Thanh Nguyen’s novel The Sympathizer (2015) won the Pulitzer Prize for fiction, while Nothing Ever Dies: Vietnam and Memory of War (2016), was a finalist for the National Book Award in nonfiction. Nguyen is also the author of Race and Resistance: Literature and Politics in Asian America (2002). His most recent work of fiction The Refugees (2017), a short story collection, was named a 2017 New York Times Notable Book of the Year and a Best Book of the Year by NPR. Nguyen is also the editor of Displaced: Refugee Writers on Refugee Lives (2018).

In addition to speaking during the Tuesday morning Assembly, the Academy will host “An Evening with Viet Thanh Nguyen” as part of the Department of English Haley Lecture and the Exeter We the People Lecture Series. The Tuesday evening event will begin at 7pm in Phillip Exeter Academy’s Assembly Hall and is free and open to the public.

On Wednesday January 23rd the Library will host a special Q&A with Nguyen for students in the Library Commons. This student event is organized by Wei-Ling Woo, Asian Student Program Coordinator.

A display of some of Nguyen’s works can be found in the Library’s Rockfeller Hall.